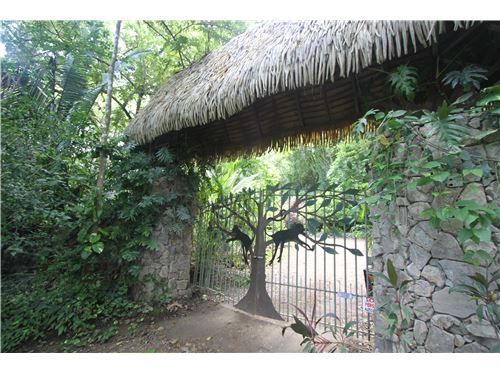 12,000 feet above sea level lies the Cordillera de Talamanca Costa Rican mountain range. According to legend this was the spot where the god Sibu saw fit to sow the seeds from which humankind would blossom. 150 miles North West of this Central American Shangri-La, on a dusty road 10 minutes from the Nosara coastline sits a large iron gate, nicely crafted but nondescript save for the two metal howler monkey images adorning its bars. It may look to the average passer-by like the home of an individual who simply thought metal monkeys an ornate way of welcoming visitors. While that may be true, a couple of minutes spent on the other side of these gates is evidence enough that the deity after which SIBU Monkey 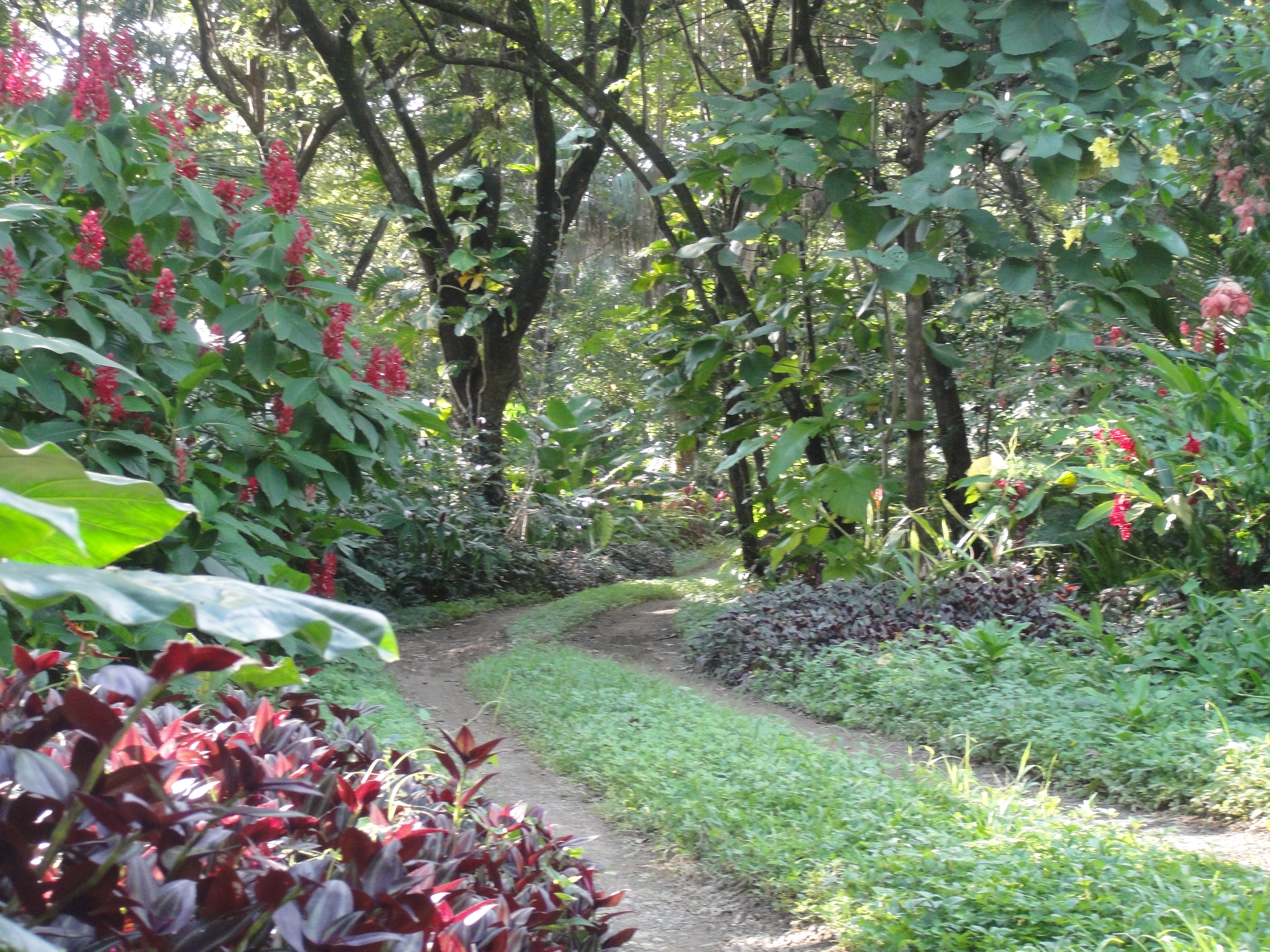 Sanctuary took its name would have happily given his stamp of approval. The moment you set foot in SIBU’s central valley you see evidence that those who live here think outside of the box. Imagine the Garden of Eden if Adam and Eve had been landscaping visionaries, and then replace Adam and Eve with Vicki Coan – the driving force behind SIBU, and her husband – world record holding stunt pilot, absurdly talented musician, and reluctant renaissance man Steve Coan.

Prior to the founding of SIBU Monkey Sanctuary, the story of Steve and Vicki’s life together would read like a modern day Jack London yarn. On an idyllic U.S Virgin island a young sailor on his global circumnavigation is packing up after a day of soaring the cliffs in a hang glider with friends. Out of nowhere a horse meanders past atop of which is perched the girl of his dreams. They fall for each other, return to Steve’s family farm in the North Carolina mountains and run an aviation business in nearby Boone. Shortly thereafter they expand their operations to Florida. One day a tornado rolls through and lays waste to all they worked for. Soon after, Steve receives an offer to move to Hawaii to continue flying for a living. Many years later they take a vacation to Costa Rica, visit Nosara and realize they have found home. One Xmas night they hold a dinner for some local friends. The friends arrive with the gift of a baby monkey, orphaned after its mother had been electrocuted. After realizing that release was not an option, they keep the

monkey and Vicki volunteers at a local monkey rescue initiative. After acquiring the land that became SIBU they dedicated themselves to the rescue and rehabilitation of animals displaced by the ongoing problem of human encroachment upon the fragile local jungle ecosystem. “We didn’t choose this. It chose us” says Vicki. “The problem of monkeys and other wildlife falling victim to man-made threats is entirely preventable, but it isn’t being prevented to the extent necessary. We are trying to help by becoming caretakers of a problem that shouldn’t exist, and although we’re passionate about the task placed before us our goal is working towards a future when places such as this don’t need to exist.”

The mission at SIBU is to rescue orphaned, injured and displaced animals and provide them with the food and medical care they need with the aim of releasing them back into the wild. Although the message is simple, the dedication required to meet the practical aspects of this challenge is anything but. While Vicki spends most of the day taking care

of the monkeys Steve is in charge of SIBU’s grounds. “We’ve put years of care into the place” says Steve. “We’ve sown thousands of seeds, plants and trees to encourage growth of the varying natural food sources that the animals will need once they’re released.” The seeds that Steve and Vicki have invested so much time in sowing are finally beginning to bear fruit. Anteaters, kinkajous, jagarundis, kudamundis and particularly howler monkeys are now full time residents of the SIBU grounds. They have all been attracted by both the plentiful supply of food, and the fact that the property lies equidistant between two major water sources – the Rio Nosara and the Rio Montana. 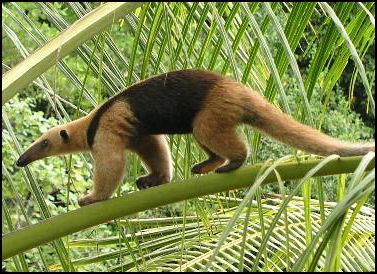 “This place is a very unique geological anomaly, and the way we’ve cared for the grounds has made it a safe harbor for animals fallen victim to the loss of their natural habitat. It’s an animal refuge where the animals live as nature intended. SIBU attracts and supports an abundance of wildlife that you wouldn’t see in other places. We’ve spent years planting whats needed to ensure the food these animals rely on is abundant, and its paying off” says Steve. 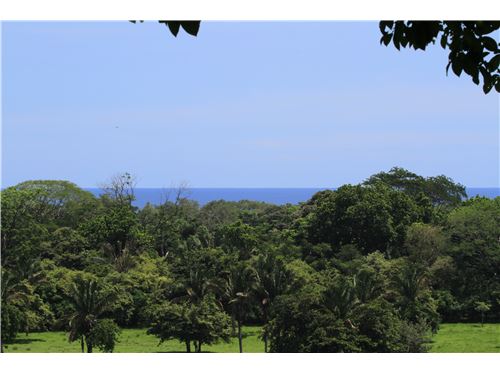 A quick viewing of the parcels of land available at SIBU Monkey Sanctuary is clear evidence that as much thought has gone into these lots as has gone into the development of the adjoining 50 acres of land in the rest of the property. They are flat and secluded, ranging in size from about 1 ½ acres to over 8 acres, and panoramic mountain and Pacific Ocean view notwithstanding – completely encircled by Costa Rican Jungle. These properties truly seem to offer an incredible opportunity for the growing number of individuals seeking to reconnect with nature.

“We bought the property in 2005 and began the sanctuary soon after” says Vicki. At that time everything came out of our own pocket and we had to figure out a way to keep the sanctuary afloat. We decided to place small pieces of the land on the market to be sold strictly to like minded people with no intention of sub dividing or clear cutting. People who like the idea of living in a serene natural environment while embracing the fact that rehabilitated animals are being released on the property. Over the whole 50 acres we have limited the number of lots available to only 8.”

“We’re actively soliciting for environmentally responsible parties wishing to partake in a lifestyle designed to act as a blueprint for sustainable living that poses zero threats to the environment” says Steve. “We have been and will continue to be very selective about our buyers. It seems there’s a lot of people coming to Nosara to opt out of the system, and that’s great, but if they’re going to trade that system for this system then they need to be mindful of leaving as small a footprint as humanly possible.”

SIBU is located only 10 minutes from Nosara’s Airport, grocery stores, post office, medical clinic and other services. A short drive South will bring you to one of the most beautiful 7 mile crescent beaches in all of Costa Rica. The deserted beach of Playa Nosara sits just West of SIBU. Prospective SIBU residents get to enjoy all the amenities of Nosara while having a place that offers all the the tranquility they could wish for to call home

Are you interested in owning property in this blossoming sanctuary community? If you’re inspired to partake in one of Costa Ricas most unique and truly exciting real estate opportunities then contact us now to take the next step.