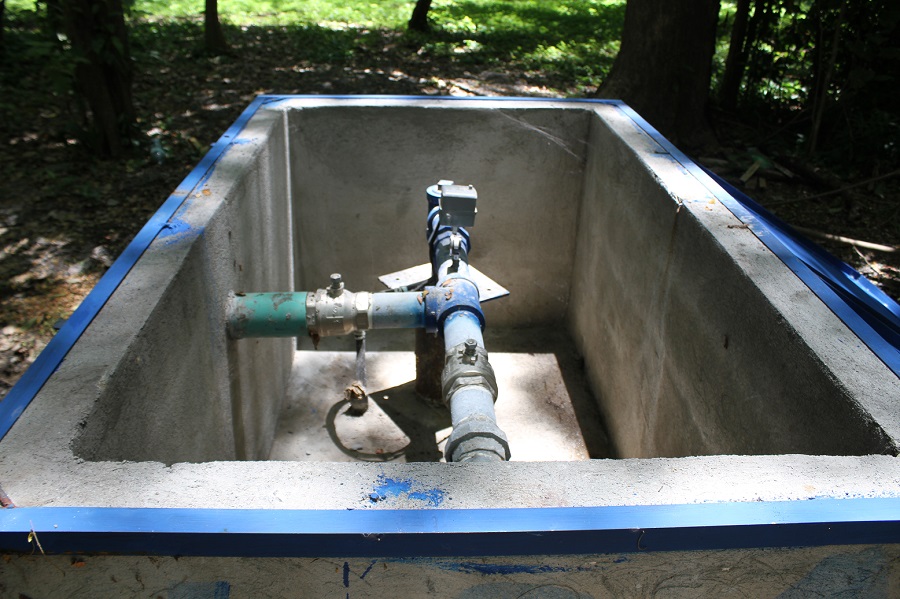 The new well cap. What may not look like much has been crucial in keeping Nosara’s water flowing

Contrary to what the pages of the tourism brochures would love you to believe Costa Rica is not composed entirely of tropical jungle. Parts of Costa Rica, including Guanacaste are often arid due to a lack of rain. September and October see torrential downpours, and other than the odd shower in the months prior, Guanacaste, and thus Nosara remain dry and barren. Increasing amounts of families choosing to relocate here, along with local businesses attempts to keep tourists quenched and showered have created dilemmas that the local ASADA branch work tirelessly to resolve. ASADA’s latest weapon in the fight to keep the local population hydrated

is a brand new well. After drilling began in March, the 8 inch, 120 meter deep well began to deliver an extra six and a half liters of water per second to all sections of Nosara in mid-April. It has since proved highly effective at increasing the water table while taking pressure off some of the older, less efficient wells by rotating them.

The team spearheading the campaign to get this much needed resource up and running includes Nosara resident and ASADA Fiscal Lili Adams. Originally from Montauk Lili moved to Nosara in the mid 1980s. Four years ago she tasked herself with the job of helping to address Nosara’s water issues. Nosara Real Estate Report recently spoke to Lili regarding what it takes to keep our most vital resource flowing. Lili began with a brief history of how we arrived at where we are today. 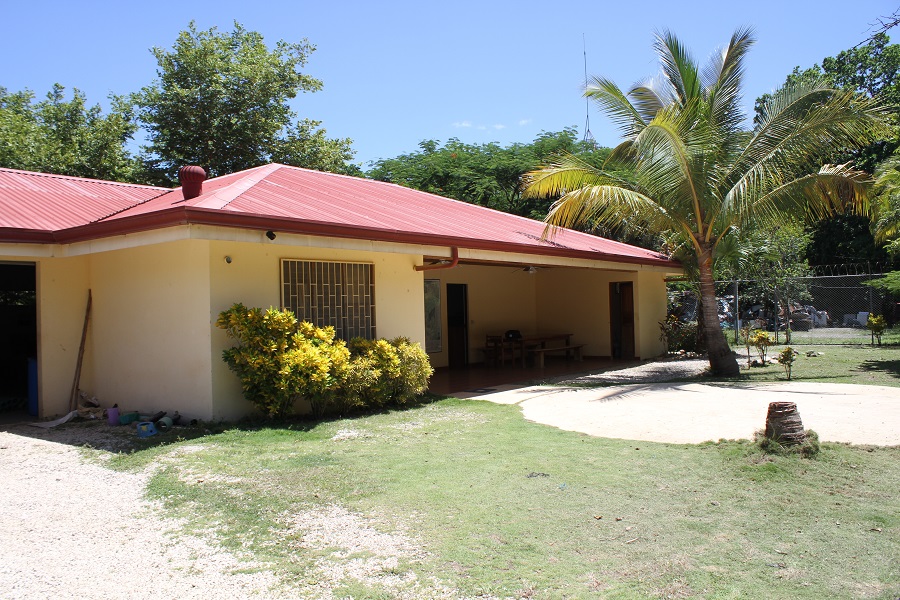 “When I moved here all water matters were handled by the NCA. Later the government ruled that this could not be run by a private group which is when the Nosara ASADA was formed. In 2002 onwards there was a fixed ASADA rate residents paid that covered the cost of everything – the employees, the office, the electric, the pumps and infrastructure.” However this was scrapped in 2009 due to legal technicalities regarding ASADAs rates.

With the permitted rates legally dictated by AYA (the national water regulator) barely enough to cover the costs of electricity and the office it seemed an almost impossible task to keep the system running. Action needed to be taken

“I was not a board member at the time but the existing board members launched the voluntary initiative whereby in order to make up the shortfall people had to pay a voluntary fee on top of the fixed fee” says Lili. Unfortunately in the vast majority of voluntary payments systems there will be a large number who opt out, however the fact that an estimated eighty-five percent of residents continue to pay the voluntary donation is true testament to the sense of local responsibility amongst Nosara residents. “We have been very lucky with the type of people that have invested here,” says Lili. “There’s a great sense of community that people who live here respect and wish to see continue.

People wishing to build projects over 500m2 are legally required to pay for both an impact study and the implementation of any actions the study recommends. Most of the money raised for the new well was through the Voluntary Impact Fee initiative. All homes, pools, and additional projects under 500M2 receive a request from the ASADA to pay this one time voluntary fee based on the M2 size of the project. “We have been very successful in this drive which again speaks to nature of the community. It is important that new investors here understand the importance of this request” says Lili.

It was this level of support that covered the $82,000 needed for the construction of the new well, however despite securing the short term future of Nosara’s water supply it may be premature for residents to assume that all problems are now solved. “Its great to have a new well but this is only a short term solution. The new well won’t support the rate of development we are experiencing. Our goal now is to find another water source and utilize it for the community,” says Lili.

“Although we’re safe for now ASADA doesn’t have money to put aside or invest in infrastructure. If ASADA only received the fixed monthly fee then we wouldn’t be open long. The reality is that the only thing standing in the way of acute water problems is the monthly donation. We’re lucky in the support we currently receive but this is a 40 year old water system and the town is growing.”

A quick glance around certain parts of Playa Guiones is proof positive that the town really is growing, which raises questions as to whether the current sense of community responsibility which prompts residents to maintain the monthly donation is sustainable. “Back in the day, when people moved here they had to ask a lot of questions” says Lili. “Nowadays its easier to be here without really understanding the issues or the struggles that those before you have fought to get things set up. Unless you ask the right questions you may never understand them. I would say to people who move here if you don’t know how something works then find out.”

When you strip it the basics the equation really is quite simple: no water = no town. Here’s a few things that you can do to ensure that this little slice of paradise we call home remains wet and thus livable in the future.