Tennis is now a true lifestyle option at 506 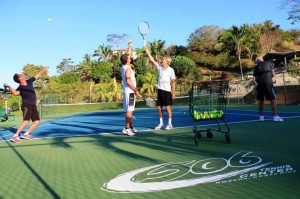 Its no secret that in addition to yoga and surfing Costa Rica offers an immense range of outdoor activities to get the heart racing. In a country where you can find fun ways to exercise at every turn it comes as no surprise that tennis in Costa Rica is proving such a hit, and spearheading this surge in popularity is the town of Nosara. While this may seem a bold statement one need look no further than the fact that in a town so small there now exists three separate areas housing tennis courts. In 2008 there were only 3 tennis courts in Nicoya, 2 in 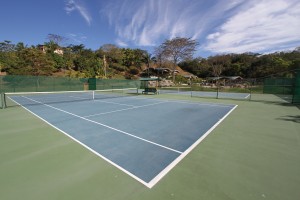 Tamarindo and a small number of others in private residences scattered around the Guanacaste peninsular. It is courtesy of Club Colibri, Nosara Tennis club and the continuous improvements being made at the 506 community development that only six years later Nosara has more courts than any other town on the Guanacaste peninsular. In a town famed primarily for surfing and yoga one man is confident enough in the future of Nosara as a Central American tennis mecca to put his money where his mouth is. 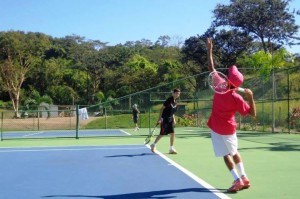 In the three years since North Carolina expat Sam Carver broke ground on the 506 tennis development it’s already played host to a Costa Rican national doubles final and the Costa Rican equivalent of the Davies cup. In addition to attracting high level coaching clinics from the United States 506 has made significant moves to encourage local talent, and now holds regular clinics specifically aimed at grooming local youngsters into serious competitors. “I always knew there were kids in Costa rica who would be great at tennis if they were given the opportunity” says Sam. “We now run affordable clinics for 7-9 and 9-11 year old local kids. 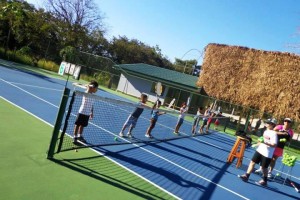 It’s very exciting to see this really becoming part of the community and it’s encouraging that it’s got so popular in such a short time. Three years ago we had a big field and a plan to build two tennis courts and develop it from there. 3 years later we’ve got 3 tennis courts and we have the condo project.” 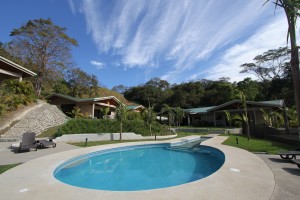 While 506 is helping youngsters realize dreams of tennis stardom, the ‘condo project’ Sam is referring to is helping people to realize another dream – owning a great coastal property at an affordable price. The Hidden Palms condos are a mere 30 second walk from the tennis courts, and if any further proof was required that this place was truly a tennis 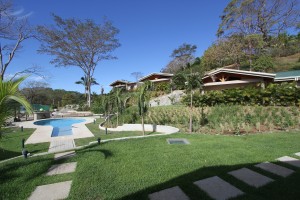 lovers dream, one need simply check out the tennis court shaped swimming pool around which the condos have been created. “The condos are something for people who love tennis, who love Costa Rica and who want to invest in a community they can enjoy for the rest of their lives” says Sam. “This week we’ve had people staying from Australia, Chile, Greece, France, Argentina and Costa Rica. 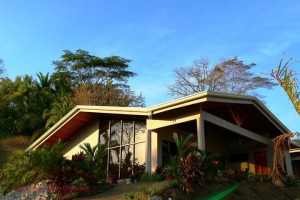 There’s a really eclectic international mix of people brought together by a simple love of tennis. Eventually there will be a total of 12 condos all of which represent a great option for those looking to live here, retire here, generate rental income or just visit for a fantastic vacation in paradise.” 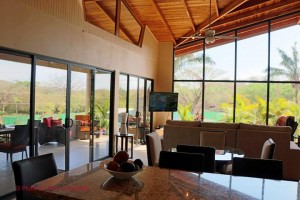 So if you’re a tennis lover, yogi, surfer or just someone searching for an opportunity to own a slice of paradise at a price that doesn’t break the bank, a viewing of the Hidden Palms development should be at the top of your to-do list. For more information on how to be a part of this exciting new project contact us now. 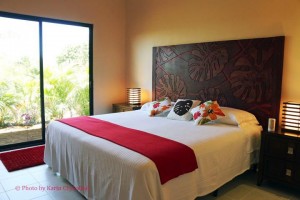 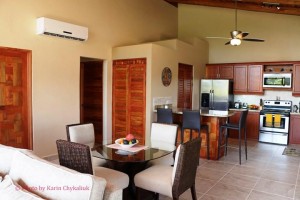