A match made in Nosara – Yoga, surfing and…..tennis?

Who wants to hear more about how Nosara is a yoga and surfing Mecca? Okay, well then who wants to know how these activities correlate on a deep psychological level that promotes unity of body and soul? Okay….well then…… 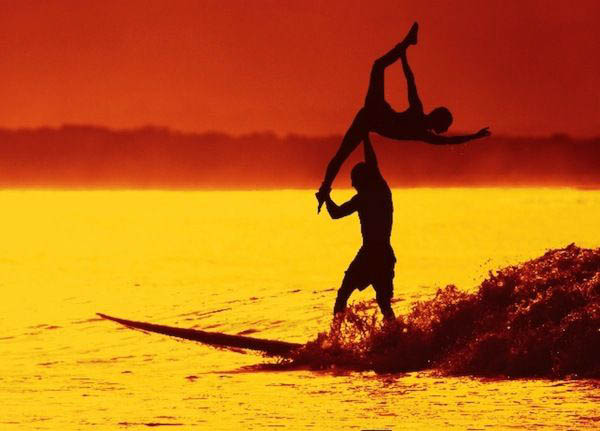 Ask a skilled Yogi what’s on their mind during an advanced pose and the answer is a resounding “zilch”. Ask a surfer what they’re thinking while shooting through a barrel and the answer will be the same: Feeling? hell yes,  thinking – welcome to a wipe-out. Whether it be a flawlessly executed, hands-free lotus headstand or a perfect cutback, advice from those capable of performing such maneuvers always converges at the same point: Don’t think it….Just do it!! 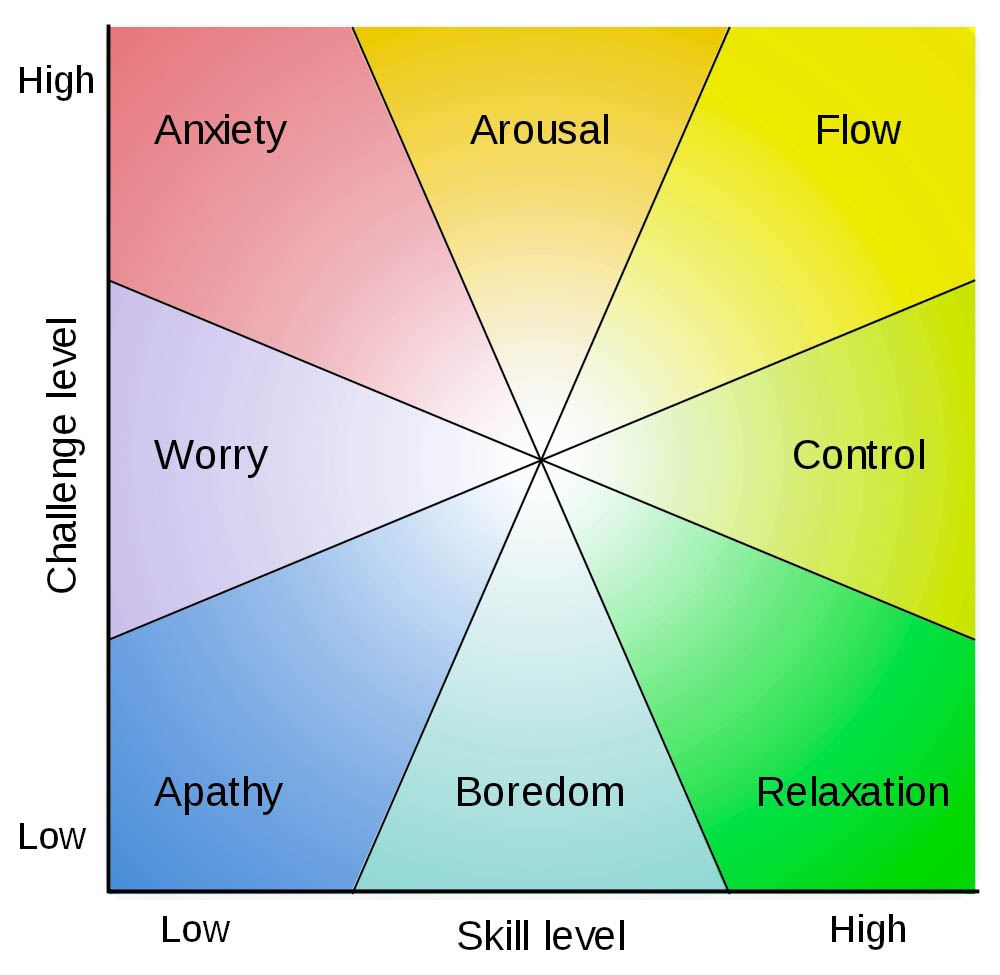 Sports psychologists refer to it as ‘the zone‘ – a pinnacle human experience during which worry, fear and anxiety are temporarily suspended, and replaced by a level of consciousness that facilitates an otherwise impossible fluidity of precise physical movement. Hindus refer to it as ‘Dharma‘, Buddhists (and ninjas) as ‘mushin”, Yogis as ‘flow‘ and surfers as ‘that place where you lose yourself and find yourself’ – Okay, maybe not all surfers, in fact maybe just the surfer who when not yammering on about inner bliss was busy extracting cash from distraught bank clerks at gunpoint.

Nevertheless the point remains the same, and in a town replete with activities which vibe with this dharmic, Bodhi-esque approach it’s little wonder that tennis in Nosara is proving such a hit. 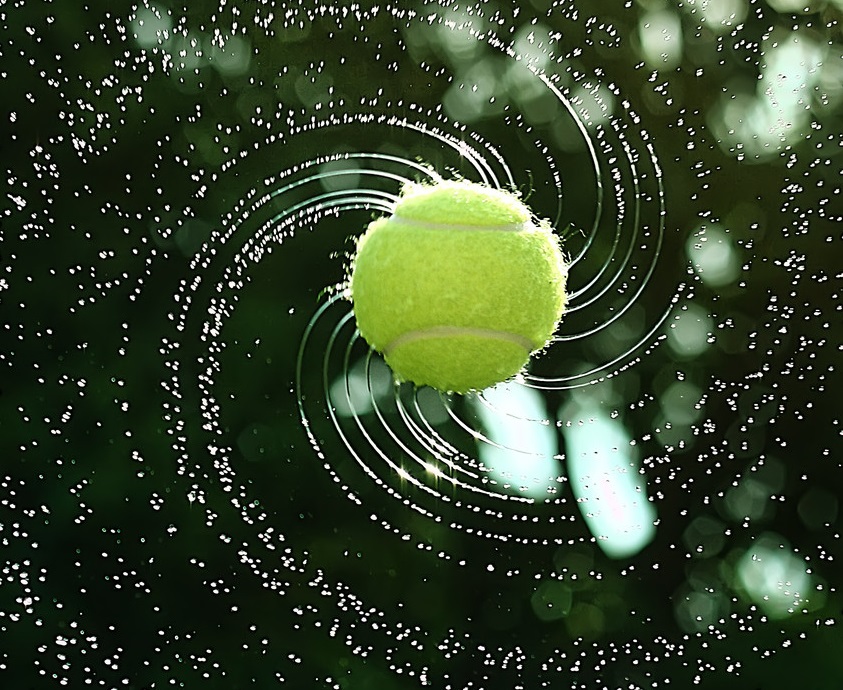 “Tennis requires a lot of concentration and discipline” says local pro and Club Colibri founder Dan Mainzer. “The principles underlying success at tennis fall in line with the same principles that yoga and surfing demand. Yoga teaches practitioners not to force any pose, but to find the depth of the pose in the moment. In surfing, unless you’re at Jeffreys Bay or G-Land it’s difficult to predict what the wave will do next. The wave energy you’re riding is often an unknown quantity best met with on the spot instinctual reactions. Nowhere will you find a more perfect example of an activity that incorporates all these concepts better than tennis. They’re solo sports that require presence, balance and instinctual movement. When these things come together it’s the best way to have fun and spirit you away from  your daily existence.” 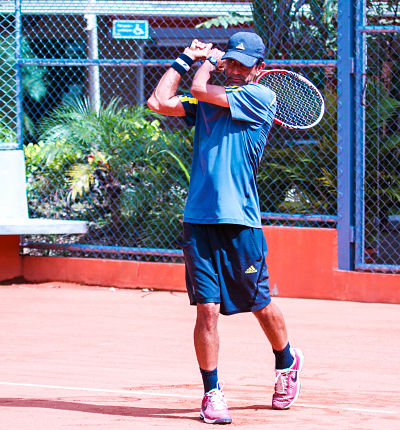 Although Nosara is known by many visitors primarily for yoga and surfing Dan Mainzer is confident that Nosara can one day be held up in equal measure for tennis. “So many people come here for surfing, yoga, cleansing, and adventure but I hope to add to that list” he says. “Tennis is another activity where the lives of those who participate simply improve. There’s already a good range of things here geared towards helping both locals and tourists live better, but if we can add to that list then that can only be a good thing”. 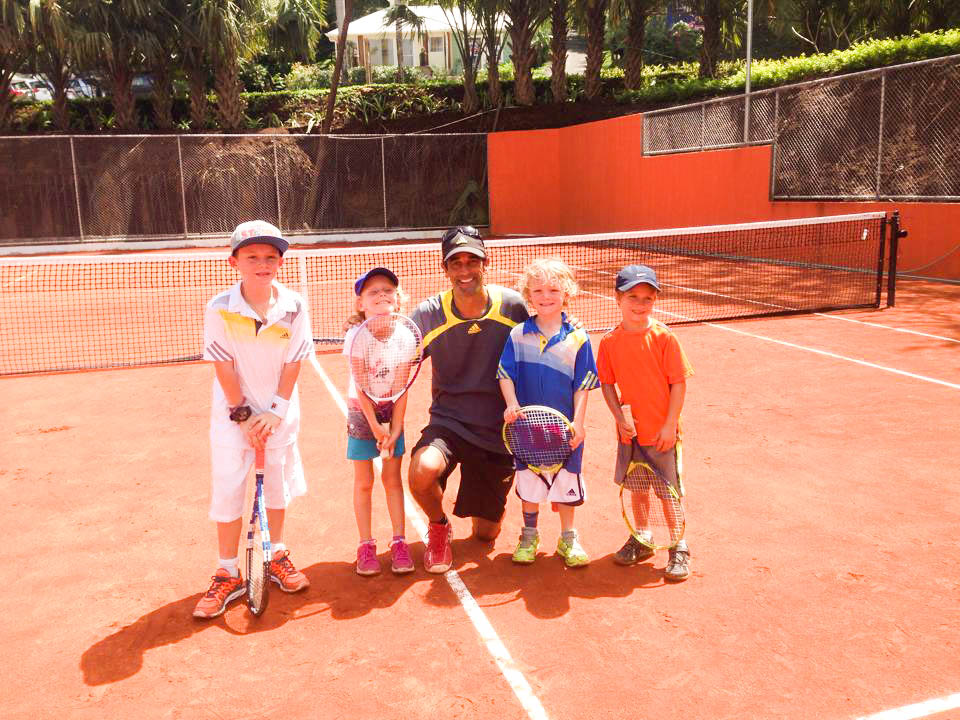 In addition to promoting Nosara as a serious tennis destination Dan remains committed to raising the games profile on a local level. To that end much of his time is taken up coaching youngsters – something for which his enthusiasm is obvious. “You look at kids and can tell immediately whether they have the raw materials to excel at tennis. The kids that show promise have tenacity, determination and they constantly question things. Its these guys that truly make my job worthwhile.” 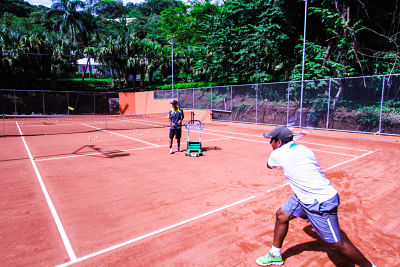 Dan goes on to explain that just because a young tennis player exhibits the ingredients necessary to be a contender does not guarantee they’ll advance to the next stage. “Take soccer as an example. If you can kick a ball you can play, maybe not brilliantly but you can definitely partake and have fun. Tennis requires work, and the number of people who move from beginner to intermediate is around one in ten. I’ve been coaching juniors and high school level my whole professional life. It always fascinated me that out of all my kids that excelled at tennis only a handful failed to achieve great things scholastically or academically. It reflects that attitude truly is key.” 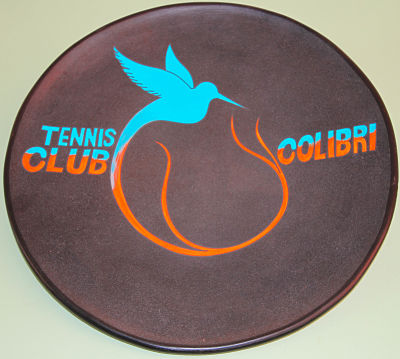 Dan is not alone in his mission to promote tennis in Costa Rica, evidence of which can be found in the rate at which Tennis courts are appearing all over Guanacaste. Spearheading this trend is Nosara where there is now three separate areas featuring tennis courts. “When I came to Nosara in July 2008 there were 3 courts in Nicoya, 2 courts in Tamarindo, and only a few private courts scattered along the Guanacaste peninsular” says Dan. Six years down the line and thanks to Nosara Tennis Club, the 506 development and Dan Mainzers very own, newly constructed clay courts at Club Colibri, Nosara now boasts more courts than any other town in Guanacaste.

Club Colibri offers all you need to get your game on

Tennis has been historically dubbed a “sport for a lifetime”. If certain world-renowned scientists from varying disciplines are to be believed tennis really is up there as one of the most beneficial activities available. We already know that Nosara is a health Mecca, but if living in one of a handful of global blue-zones still isn’t enough here’s why you should think about taking up tennis:

Whether you’re a veteran or a complete novice there’s never been a better time to get involved in local tennis.  For more info on events, activities, coaching and equipment purchase call Dan Mainzer on 8707-4082