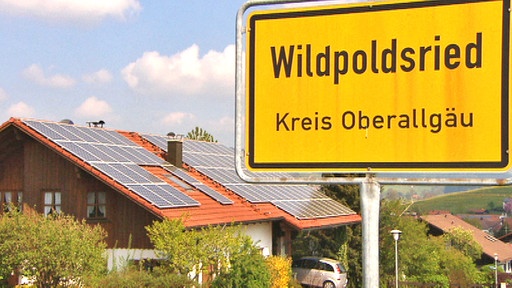 In a wind-swept corner of East Germany sits the town of Wildpoldsried. At first glance this quaint European hamlet of only 2600 people seems an unlikely place to start a revolution, however dig a little deeper and you’ll see why this town is winning every environmental award under the sun – the same sun that supplies them with a clean energy surplus of over 321 percent. 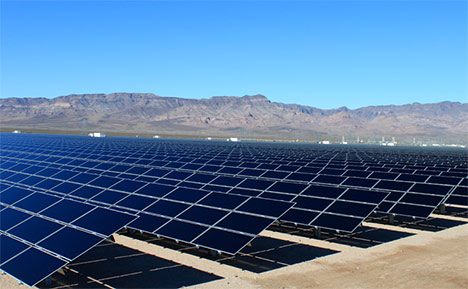 Recently, Fox News, under the helmsmanship of gazillionaire, media misanthrope Rupert Murdoch, a mob of either misinformed, or more likely crookedly corrupt pundits presented this segment. It claimed the levels of solar energy produced in Germany couldn’t be produced in the United States because, wait for it,,,,,,,,,,,,,, Germany is way sunnier. Yes. You read that right – Germany is sunnier than the United States. The undertones are glaringly obvious, and translate to “shut the hell up, focus on Kim Kardashians ass, and accept that clean energy isn’t appearing on the menu anytime soon.” Despite being a major shareholder in so many fossil fuel companies, surely climate change denier Rupert Murdoch couldn’t have a vested interest in campaigning against clean energy, right? If Murdoch has his way then poet Gil Scott Heron was spot on in asserting “the revolution will not be televised”. If the revolution was being televised then the achievements of places like wildpoldsried would be global front page news.

While were on the subject of issues unlikely to make the mainstream news anytime soon how about this one: Exxon Mobil, Koch Industries, Rupert Murdochs Newscorp and the rest of the environmental hoodlums appearing on the list of high profile fossil fuel lobbyists.

As people awaken to the environmental havoc that these entities wreak, Western governments are plummeting down the popularity polls with unprecedented speed. Americans watch helplessly as congress limps along, indifferent to their 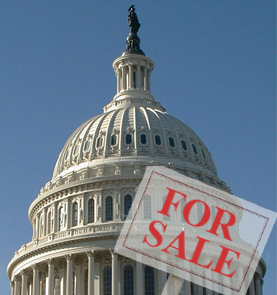 concerns, incapable of implementing policy, redistributing resources according to whims, enslaved by the interests that bankroll the politicians who run it. In the opinion of all but those entrusted to run the system, the system has failed, and herein lies the irony: The same system which tries to subdivide people according to race, social strata and other illusory divisions, has inadvertently begun to unite people. Research shows that global populations are increasingly unified in their growing apathy towards a system hellbent on ignoring their concerns, which brings us back to the town of Wildpoldsried. As mainstream media continues to hoodwink it’s dwindling audience about the abundance of clean energy options, Wildpoldsried exemplifies the growing number of communities in which skepticism over the ability of existing power structures to enact change has reached breaking point. In a world currently fertile with opportunities wildpoldsried serves as a blueprint for those who have realized that change will only come when citizens are emboldened to leave those decaying structures behind and take direct action.

So what exactly does this have to do with Nosara? The answer, though multifaceted, is essentially simple. Firstly,  Costa Rica is not some kind of wild West where laws should be not be adhered to. On the contrary. However if you’re looking for a place in which people come to find freedom from certain rules, regulations and bureaucratic booby traps then this is it.

Second: generally speaking, the residents of Nosara, both expat and local, are well intentioned, environmentally minded individuals who genuinely care about the unique, fragile and potentially threatened place they call home. The structure and system of Nosara is in large part what the inhabitants choose it to be, and a few nefarious individuals notwithstanding, they choose preservation and protection.

Amongst a myriad of other contributing factors, it’s the aforementioned that best highlight just why Nosara is so fertile for the kind of movement that the dictionary defines simply as this:

Nosara Real Estate Report recently spent time with a Nosara Resident who personifies the results that can be achieved when one person makes independent, grass roots moves to enact change. Originally from Maryland Page Sieffert is a pilates instructor, and local campaigner who first visited Nosara 12 years ago. After marrying a local Costa Rican business owner, Page is now the proud mother of a two year old boy. Page recently shot to local stardom after a video plea she made to cut down on the unnecessary use of plastic in Nosara went viral. 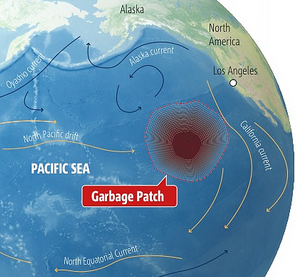 “It came about because the young kids in my neighborhood were not being educated about trash disposal,” says Page. “They didn’t see that what gets thrown in the river ends up in the ocean. One day, after a big rain, a ton of plastic washed up on the beach and I got into a conversation with one of the local kids about it. I showed him pictures of the Pacific garbage pile and a picture of a fish with plastic in its belly. Some of these families rely on the ocean and rivermouth as a

source of food and this young child was visibly shocked at what he saw. That evening I had dinner with a friend. We talked about what had happened and it was my friends 10 year old daughter who came up with the plastic challenge idea.”

I knew firstly I had to analyze my own behavior, and then ask myself what I could do to try and ignite some kind of change. I thought about how often myself and others return from the beach with plastic trash they have collected that day. It was frustrating that after carrying other peoples trash from the beach to the car park trash cans, I’d then spend more time picking up the plastic straws people had thrown on the ground after finishing their pipa drinks.”

“Right before I was about to make the video I ran into my friend Jessica. She runs the recycling center and informed me they had run out of funding for the recycle trucks. At the end of my challenge video I challenged my friends Yali and Kristen to come up with something, and they came up with something incredible. After appealing to local business we had managed to raise enough money to keep the recycling trucks running for another two years.”

Since the release of Pages Nosara challenge video the domino effect has been swift and better yet, effective. In addition to the funds raised for the recycling trucks, moves are now underway to drastically reduce the use of plastic in Nosara.

What started as a campaign targeting plastic straws has now lead to a string of Nosara businesses boycotting the sale of plastic bottles. “The Nosara No Plastic idea was a collaborative project that grew from the Nosara Plastic Challenge,” says Page. “Its great how this campaign has resonated with the community and taken on a life of its own, and really highlights the willingness of the business community to take collective action.” 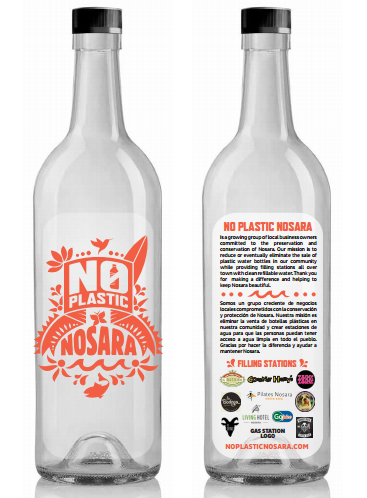 The plastic bottle campaign is simple, in that you can’t buy one, at least not in participating businesses. Instead, you pay six dollars (a dollar of which goes to local initiatives) for a medium sized reusable glass bottle, and then refill it for free (or a voluntary donation) at any of the partaking outlets whose logos are displayed on the back of the bottle. These include: Beach Dog Cafe, Howling Monkey, Pilates Nosara, Taco Taco, Coconut Harry’s (store and school), La Bodega Minisuper in Pelada, El Chivo restaurant, Go Juice, Il-Basilico restaurant, Living Hotel, Remax, 506,  Del Mar Academy and Solo Bueno. Although these bottles are yet to hit the shelves organizers hope the campaign to be in full swing by the beginning of the 2014 high season.

Following on from the plastic bottle initiative is the Nosara Sustainable Restaurants campaign. At the time of writing this initiative remains in its infancy, however organizers are hopeful that the majority of Guiones restaurants will get on board. Partaking restaurants in Nosara have pledged to adhere to the following guidelines:

“To claim that the Nosara challenge has completely changed the place would be an exaggeration,” says Page. “I know that  there are so many passionate people doing great work, but if the plastic challenge has raised awareness of some of the environmental issues we are facing then I’m happy. People are recycling more, even if thats simply because of the information that’s been made available. Many people want to recycle but are unsure how to go about it. I think this all begins with education, and if nothing else at least the challenge has raised awareness and education.”

Nosara Real Estate Report is confident it speaks on behalf of the Nosara community in expressing gratitude for the great work done by all who have participated and taken inspiration from the Nosara Plastic challenge. If you have further suggestions Page can be contacted at info@pilatesnosara.com . That said, if you really feel like doing something, remember that this is a grass roots movement, and in the immortal words of Jesus, or Gandhi, or Nike (we can’t remember which) JUST DO IT!!!